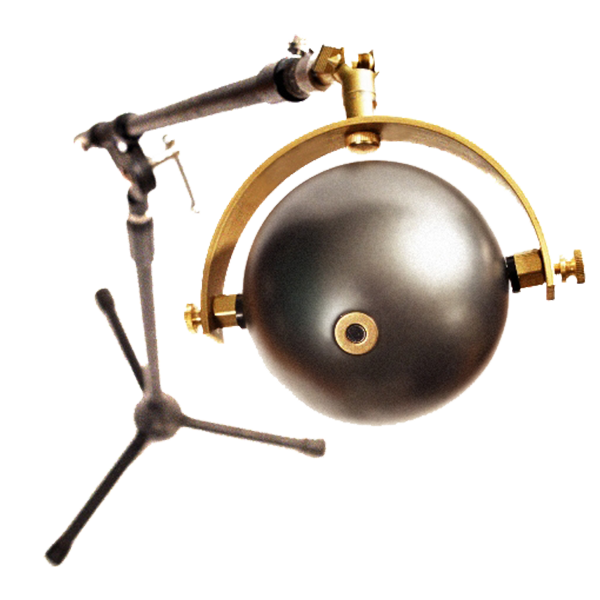 … The congas were mic’d in two ways. For my initial tracking experiment, I had put a Sennheiser MD-402U, a hyper-cardioid microphone with a very gentle high end rise, right between the two conga heads, very close, trying to give the other guys some conga sound in the cans as they tracked. Then for the “real” ones, played right after the basic of each song, I had my new “Lucas Experimentally Modified” Bova Ball Head stereo mic. I put two Bova Balls on either side of our experimental l “head,” which in this case was an old Ampex tape box. Simulating the concept of the Jecklin disk, I suppose. The box was to serve as the “head-in-between” the two omni-directional “ears” (the B-Balls).

However, I ended up liking the combination of both mic techniques. The Bova “Head” gave amazing and beautiful true stereo from a fair distance, providing excellent room sound ambience. The 402-U, mixed in relatively low, gave a tiny bit of present “thwack” of the hands directly on the heads.

The Bovas were run through the matching Bova preamps. No EQ or compression.